Today I played in the three-hour long one-shot 5E campaign called the Fey Fayre by R-N-W. It was by far my favorite D&D adventure yet. I have six favorite things I love about the Fey Fayre:

1. The Fey Fayre campaign visuals are so pretty

While the campaign is actually available to print in color, we only have a black and white printer. That was okay though because we printed it all on in black and white and colored it in ourselves! It made for much more of an experience anyways. We printed lots of adorable miniature 3D paper structures like booths and tents and puppies. There were even player and  non-player character printable mini figures, coupons, tickets, and fliers that look good and are whimsically pink! 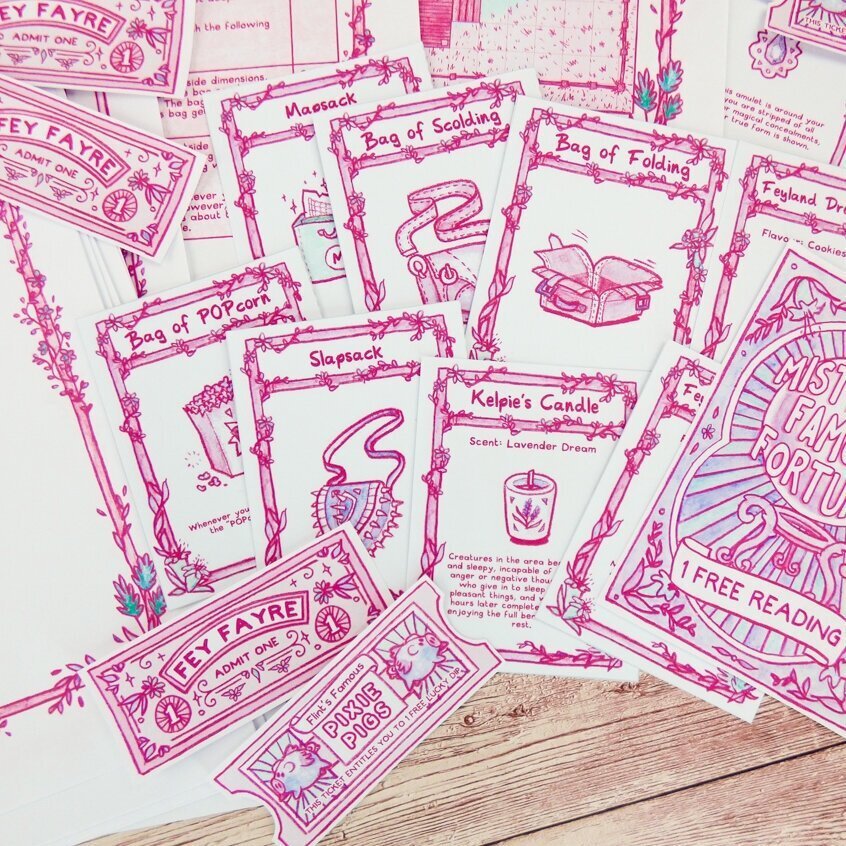 I’ve only completed a few campaigns, but I’ve read through quite a lot more. This campaign in particular can get you to the plot point no matter what you do! There are lots of fun things to explore and places to go, it’s a perfect sandbox. Yet as a sandbox it is also really easy to keep on track and follow the story. While most campaigns have a lot of battles and fights, the Fey Fayre has nearly none. I think in that sense it’d  be a really good break during a battle-heavy campaign or simply a way to get players into the role-playing spirit. It’s hard not to role play and get excited when there are ice cream booths, popcorn, and actual dice games at various booths. 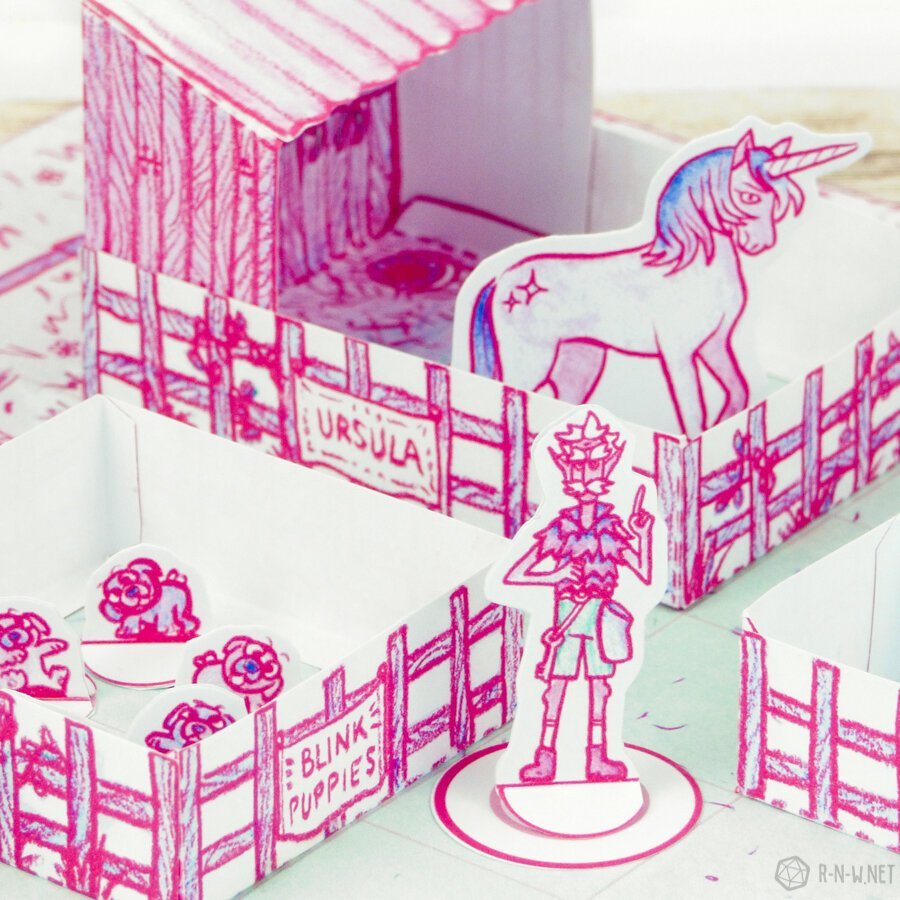 3. Fey are exciting and fun characters

I love fey and I always have. I have a full collection of fey-themed books and my favorite stories are fairy tales. Plus, I played an elf, so I managed to get a discount on everything! I had to roll a lot of charisma but it was a lucky afternoon for me.

4. The creativity that went into this campaign is inspiring

R-N-W created this perfectly. It probably took a lot of work to come up with everything for each stand, and every character, so I would like to congratulate that. If I ever write campaigns one day (my dream come true) I would definitely hope to be as creative and detailed in my endeavors as they are.

The character sheets are really pretty and fun to fill in. R-N-W created special Fey Fayre-exclusive designs to help every aspect of the campaign feel like magic and whimsy. Again, we don’t have a color printer but the flourishes were easy enough to color in and make visually colorful just the same. 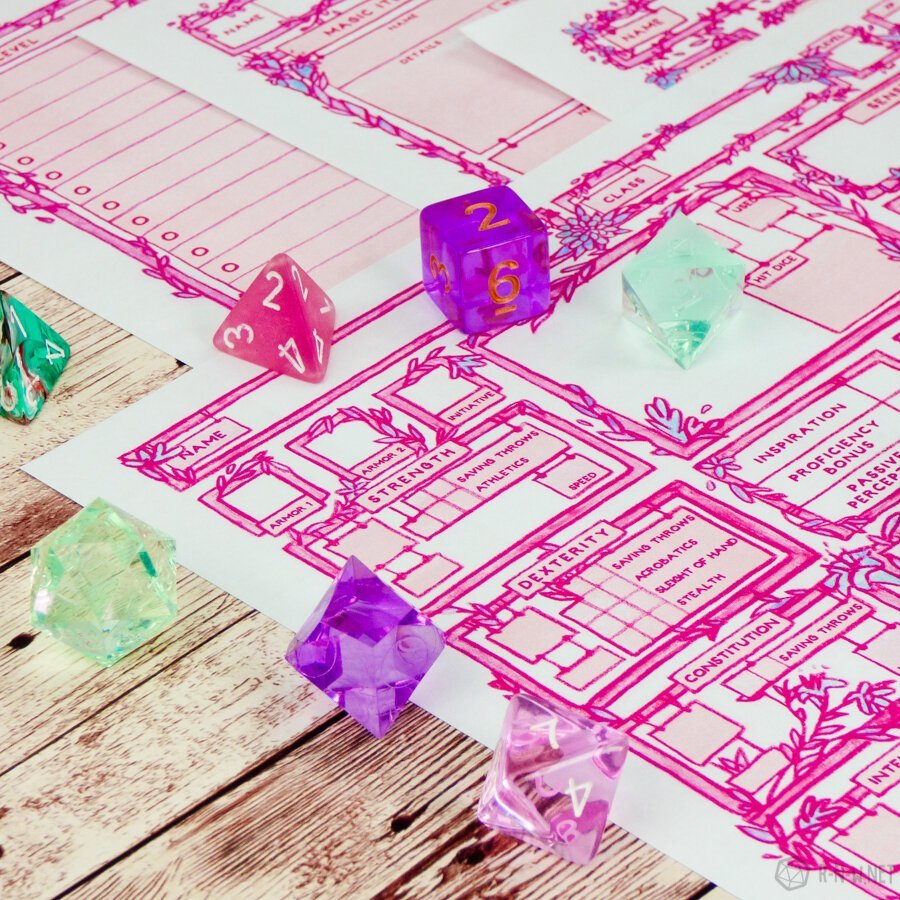 6. There is a lot to explore in this campaign

The Fey Fayre is extremely well plotted. As I said before, it can get to the point no matter what you do. And nothing will change if your toddler brother adds a giant green t-rex to the play mat… My point is that while it seems itty bitty and quirky, there is so much possibility in one session. We went over three hours and my mom said that next time she runs it, she’ll probably remove a couple of attractions to tighten the game up a little bit. By the time we got to our BBG, she was wiped. But, like, in a “that was so fun and now I need to eat real food” kind of way.

Here is a photo I snapped of some of the prep work my mom and I did: 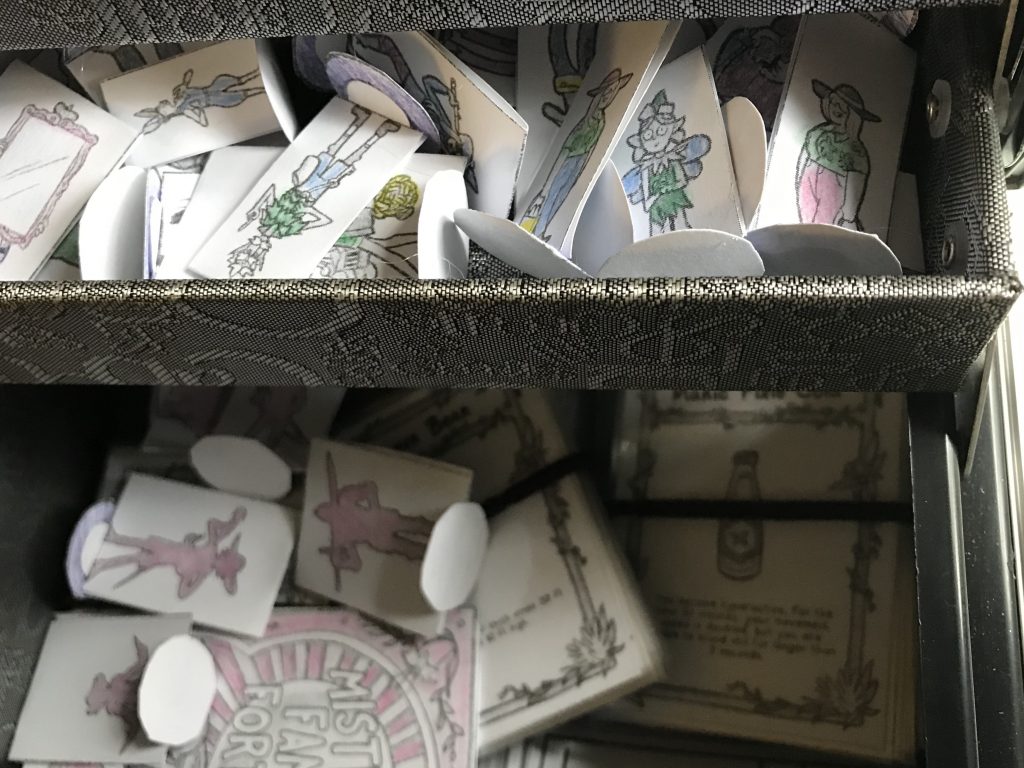 Here is a photo of the campaign-run aftermath: 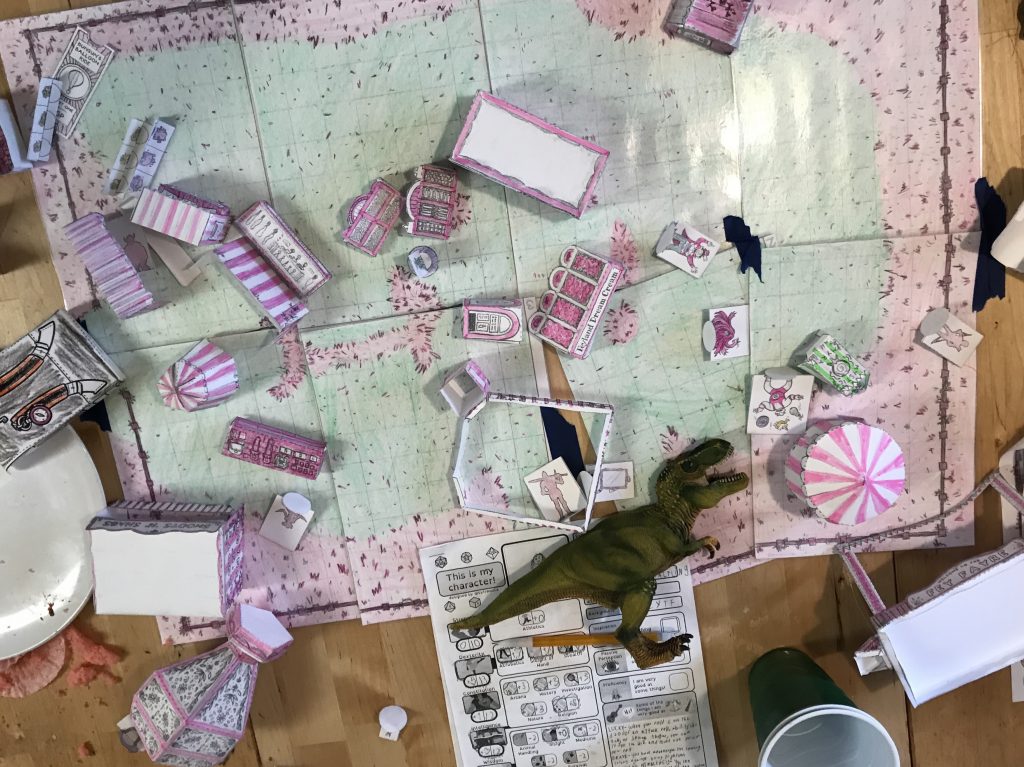 Needless to say, I don’t think our party will be invited to the 2021 Fey Fayre next year. 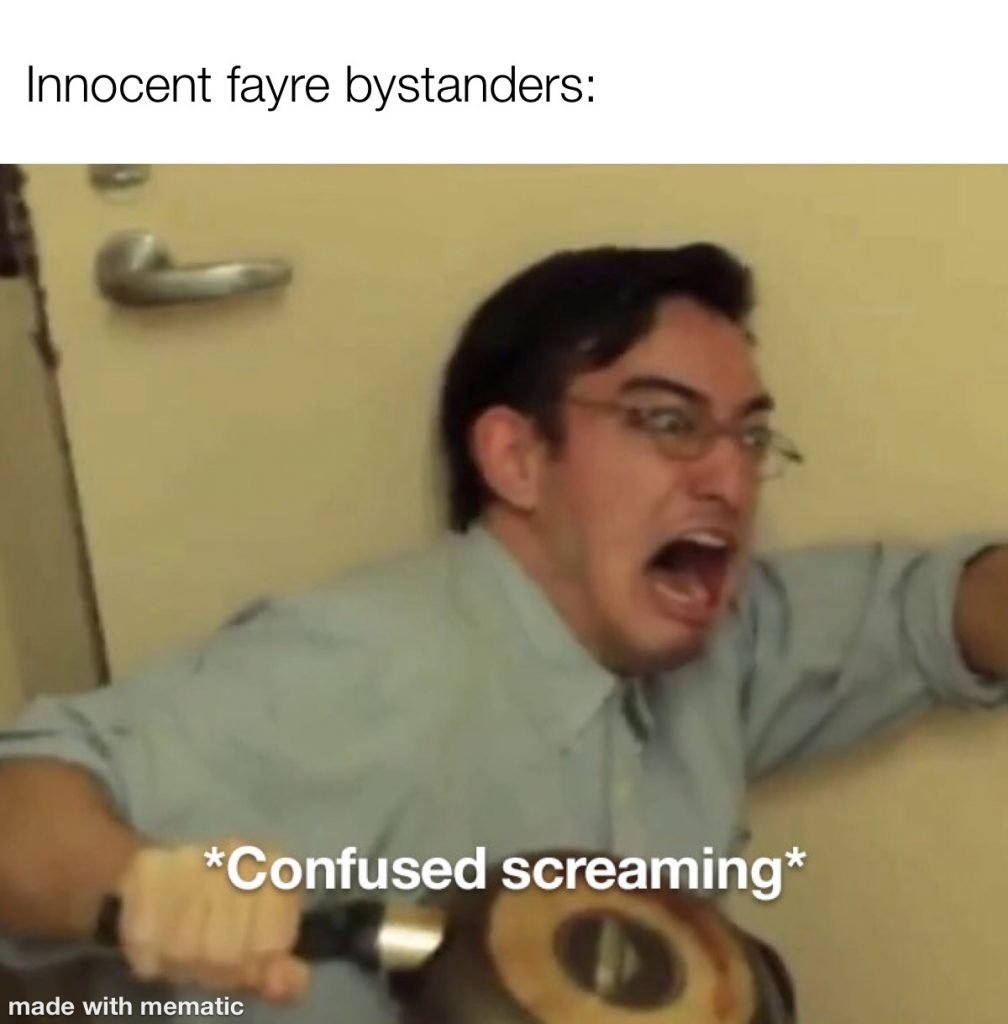 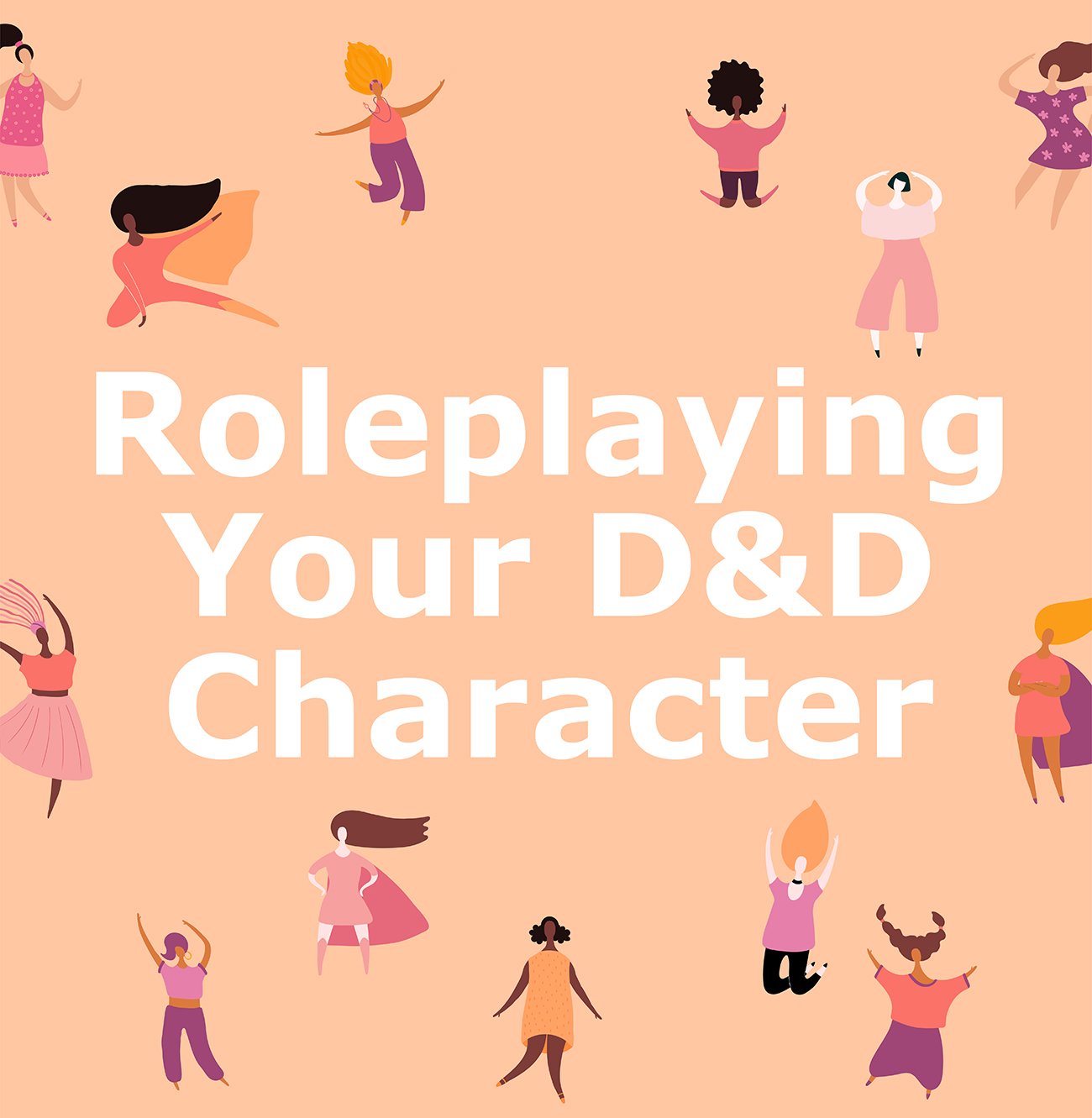 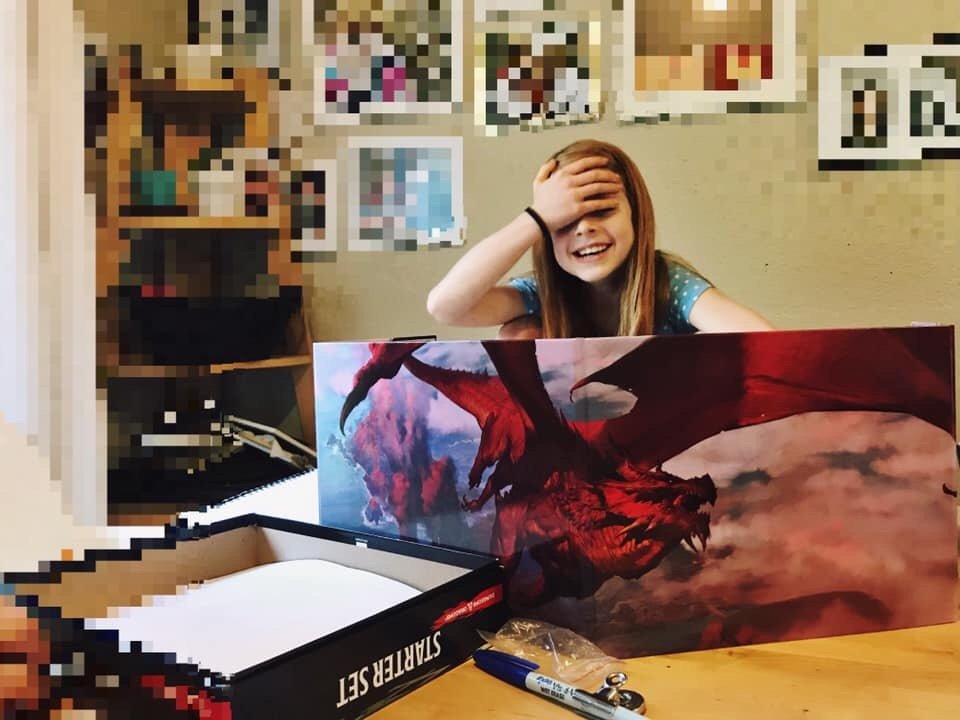 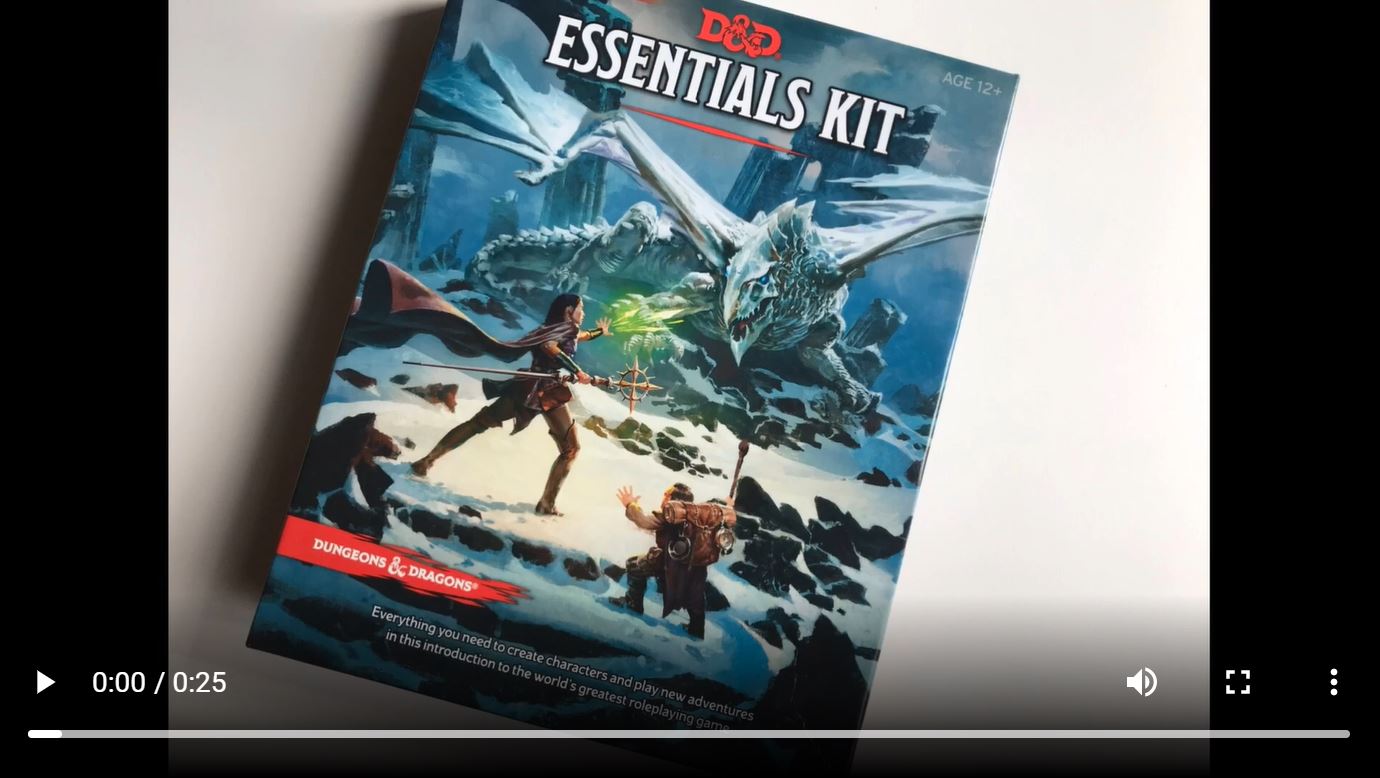 https://youtu.be/AxOr4-7OKsY Click the video play button above to see an unboxing of...