When looking for a Game Master (GM), be aware of red flags that might indicate an unhealthy or unsafe gaming environment.

You’re opening yourself up to a world of adventure when you sit down to play Dungeons and Dragons, Modiphius, Pathfinder, or other TTRPGs. You’re trusting a Game Master (GM) to care for you through roleplaying tension, drama, battle, and otherwise. Storytelling invokes very real emotions and reactions in our brains. (Read: The Power of Storytelling)

Just as you can vet a book, movie, or television show before choosing to immerse yourself, you can vet your game master as well. This storytelling medium is immersive. You need to know you can trust your GM.

Here are a few red flags to watch out for when looking for a game master.

One of the most common red flags is when a game master ignores, argues against, or deliberately refuses to respect the boundaries set by players. Unfortunately, you may only be able to see this red flag once you are already in the game with them. (Remember, you can always leave an uncomfortable situation.)

Another red flag to look out for is when a dungeon master dismisses concerns or refuses to listen to feedback. On the other hand, a good dungeon master will be open to constructive criticism and always strives to create a safe and welcoming environment for all players.

The GM Doesn’t “Do” Session Zeros

Session Zero is a meeting before the game starts where everyone can discuss their comfort levels and expectations. This session is essential in ensuring everyone is on the same page.

The game masters I’ve experienced that don’t “do” session zeros (in some capacity) come in two varieties. The first variety is the pompous game master. There’s no reason to be against session zero other than power play or gatekeeping. The second variety is the ignorant game master. These GMs likely mean very well but have never considered safety tools. Unfortunately, this “I didn’t know!” situation typically comes from game masters who don’t have much experience with being threatened or in danger because of their sex, orientation, or skin color.

A group of strangers and I were going to begin a campaign series. When scheduling, we asked when session zero would take place. The GM said he’s never done one and to just put what we’re uncomfortable with in the chat so he can accommodate. So we pushed for a session zero where we introduced him to safety tools and consent in gaming. He was very kind and sweet, simply unaware.

Session Zero doesn’t always have to take an entire session. I’ve done an abridged variation for professional one-shots or other time-restricted situations. The way I do this is to create a chat space, such as Discord, ahead of game time. In addition, I post a Lines & Veils Consent form via Google Forms and note that submitting it is required before the game. I also share which safety tools I use in my sessions and offer a private way for players to provide feedback before, during, or after our session. Finally, before officially starting the session, I spend 5-10 minutes showing them the finalized Lines & Veils PDF I made from the form submissions, reminding them of the system and that players can always revoke their consent.

The GM Doesn’t Use Safety Tools

Another red flag to watch out for is game masters that refuse to use safety tools. As stated above, they could be unaware. There are plenty of gamemasters, however, that just flat-out refuse.

A safety tool example is the x card. (Or the X in chat when playing digitally.) It allows players to signal if they need a break or if the situation is uncomfortable. It’s a simple way for a game master to ensure everyone at the table feels safe. There are plenty of other safety tools to choose.

The GM Doesn’t Do “Woke” Stories

If you hear a game master declare something similar, they’re essentially defending their choice to include racism, sexism, homophobia, violence against women, and other problematic topics in their game.

Similarly, watch out for game masters who insist on using “historical accuracy” in their stories. You might catch these game masters saying things like:

“Vampires can’t consent. It doesn’t make sense for them.”

That’s cherry-picking. Vampire mythology claims they need consent to enter a home. They get it.

“But rape makes sense for this time period.”

“But there weren’t any Black people in medieval England.”

Reality check, my good sir… There also weren’t any dragons. Or magic.

If you encounter these red flags when looking for a dungeon master, it’s best to move on and find someone else. There are plenty of great game masters out there who will create a fun and safe gaming environment for everyone involved. Don’t get drawn into an unsafe or unhealthy gaming situation. 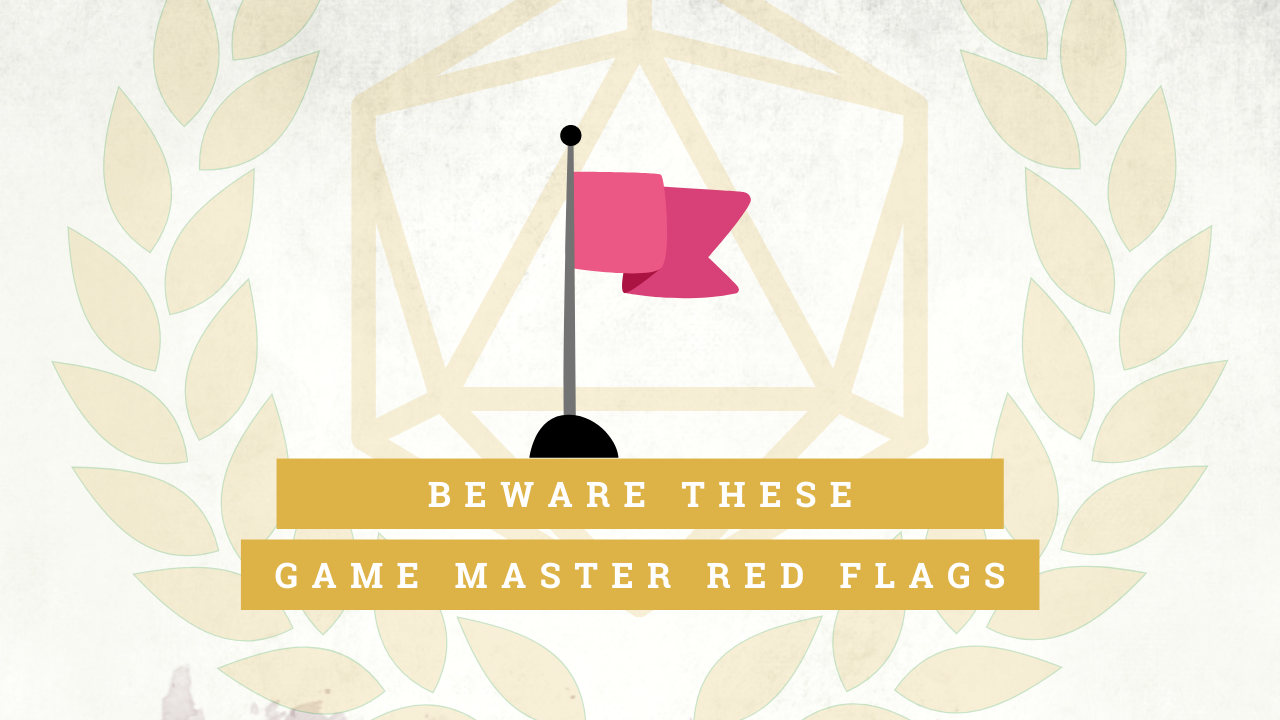 Next post 5 Ways to get advantage on attack rolls

Hello and welcome! If you’re reading this, chances are you’re interested in...

5 Ways to get advantage on attack rolls

In combat, getting advantage on attack rolls could be the difference between claiming...